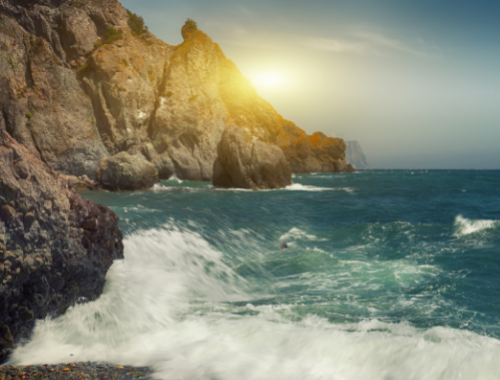 “To invest successfully over a lifetime does not require a stratospheric IQ, unusual business insights, or inside information. What’s needed is a sound intellectual framework for making decisions and the ability to keep emotions from corroding that framework.”
– Warren Buffett, Preface to the fourth Edition of the book The Intelligent Investor.

Many are aware of the story of Dr. Jekyll and Mr. Hyde which was originally published in 1886.  However, for those who are either too young or need a refresher…here it is, according to Wikipedia:

It is about a London lawyer named Gabriel John Utterson who investigates strange occurrences between his old friend, Dr Henry Jekyll and Edward Hyde.  The work is commonly associated with the rare mental condition often called split personality, wherein within the same person there are at least two distinct personalities. In this case, the two personalities in Dr Jekyll are apparently good and evil, with completely opposite levels of morality.   Dr. Jekyll is a respected medical doctor who conducts experiments that enable him to change his personality and physical appearance by ingesting a chemical mixture. In effect, he can become another person—an evil, deformed person whom he calls Edward Hyde.

A similar concept was described by Benjamin Graham, mentor and professor to Warren Buffet, in his legendary book The Intelligent Investor - originally published in 1934 when describing “The Markets” daily fluctuations.  In trying to explain the fluctuations, Graham describes it this way; “…imagine that in some private business you own a small share that cost you $1,000 dollars.  One of your partners, named Mr. Market, is very obliging.  Every day he tells you what he thinks your interest is worth and furthermore offers either to buy you out or to sell you an additional interest on that basis.  Sometimes his idea of value appears plausible and justified by business developments and prospects as you know them.  Often, on the other hand, Mr. Market lets his enthusiasm or his fears run away with him, and the value he proposes seems to you a little short of silly.”  In other words, Mister Market is a Manic-Depressive.

My point to this article - yes, I do have one - is a question you will need to ask yourself; would you allow a certified Manic-Depressive (The Market) to tell you how you should feel daily?

Now, this may hit you as an odd question when framed in those terms - however the reality is that this is what the average investor does…Every Day.  Not so odd anymore, is it?  Let me take it one step further - if I may - the financial media believes the markets daily fluctuations are a credible source to rely upon, regarding where your financial wellbeing is headed.  In doing so, they will continue to grasp for a reason de jour for why the Market is doing what it has just done.  Which is unknowable – if they are truthful.

As this current year’s volatility continues, remember when you listen to them you are allowing the voice of insanity to direct your long-term retirement plans and in doing so, you have now transformed from Dr. Jekyll to Mr. Hyde.

The information provided is for educational and informational purposes only and does not constitute investment advice and it should not be relied on as such. It should not be considered a solicitation to buy or an offer to sell a security. It does not take into account any investor's particular investment objectives, strategies, tax status or investment horizon. You should consult your attorney or tax advisor.

The views expressed in this commentary are subject to change based on market and other conditions. These documents may contain certain statements that may be deemed forward‐looking statements. Please note that any such statements are not guarantees of any future performance and actual results or developments may differ materially from those projected. Any projections, market outlooks, or estimates are based upon certain assumptions and should not be construed as indicative of actual events that will occur.